The cover blurb on the initial printing of the cover was removed due to objections from Robert Heinlein. 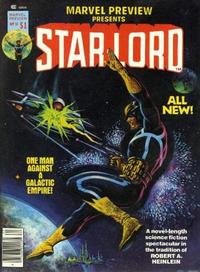 Re-introduction of Star-Lord as a straight science-ficton/space opera character. Also his father is now Spartax, not human.

Our Alien Heritage or The Central-Casting Syndrome (Table of Contents: 10)