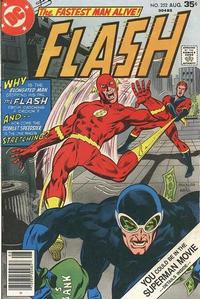 Job Number
S-2604
Genre
superhero
Characters
Flash [Barry Allen]; Elongated Man [Ralph Dibny; also as The Molder (1st appearance)]; Sue Dibny; Iris Allen; Officer Chet; Chene Gang (criminal twins, introduction)
Synopsis
Flash has to help Sue find the missing Elongated Man. Flash finds him, and they work against the Chene Gang, but along the way, Ralph gets a dose of Gingold charged with super-speed, which turns him into the villainous Molder, who can turn things to putty with a touch.
Reprints
Keywords
Gingold

In Memorium (Table of Contents: 4)