Day of the Death-Drones! (Table of Contents) 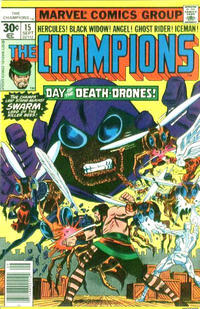 An editor's note states that Black Goliath (who does not appear in the story itself) is a "part-time Champion" and the story states specifically that Darkstar is a "non-Champion".