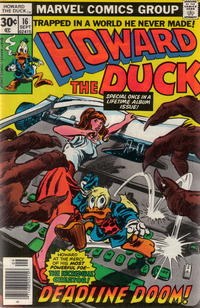 Reprints the final page of the previous issue as an intro.

Zen and the Art of Comic Book Writing: A Communique from Colorado (Table of Contents: 3)

Because of time pressure, this issue consists of large pictures with accompanying text. The picture on pages 7 and 8 many years later served as inspiration for the Vertigo series Nevada. The art credit is listed as "Cast of Thousands," but each illustration is signed by its artist. Ed Hannigan and Nel Yomtov credited for "production."

II. Turn Left at the Fork in the Tongue (Table of Contents: 5)

This sequence served as the inspiration for the Vertigo series Nevada (DC, 1998 series).

VI tell the people a story (Table of Contents: 8)

Should be part V.