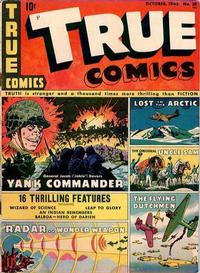 The Rathers (Table of Contents: 1)

Lost in the Arctic (Table of Contents: 2)

Leap to Glory (Table of Contents: 3)

Jean Knox: The Lady is a General (Table of Contents: 15)

The Flying Dutchmen (Table of Contents: 16)