Direct Edition. UPC code on back cover.
This issue has variants:

Whose Side Are You On? (Table of Contents) 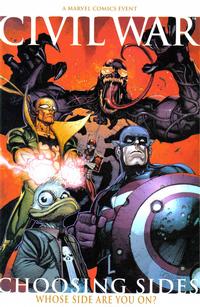 Storyline continues as part of an ongoing series in Thunderbolts #110.

Genre
superhero
Characters
U.S. Agent [John Walker]; Tony Stark [Iron Man]; Zebediah Killgrave [The Purple Man]
Synopsis
John Walker has to choose a side: the government he has always remained loyal to or the man whose legend he attempted to uphold?

A New Light (Table of Contents: 6)