On-sale date from Comic Reader #160. On-sale date of September 5 in house ads, but delayed due to DC's change to twice-monthly-only shipping.
This issue has variants: 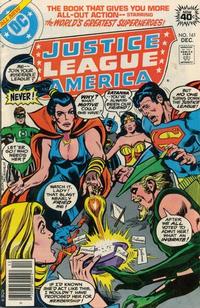 According to Julius Schwartz's editorial records (supplied by DC Comics), this story was originally 25 pages and was cut to 22 pages before publication.