Reproduction of one of the movie posters with altered text. Also used as cover of Superman Returns: The Movie and More Tales of the Man of Steel (DC, 2006 series) #[nn]. 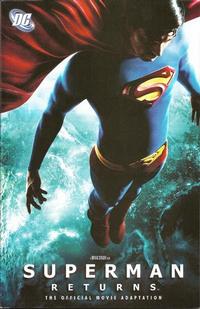 Artistic credits confirmed with Matt Haley via email. Story simultaneously released in Superman Returns: The Movie and More Tales of the Man of Steel (DC, 2006 series).