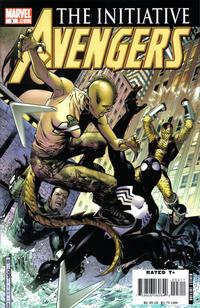 [Recap and Lineup] (Table of Contents: 1)

Centerfold of the comic is a promo for the Annihilation: Conquest crossover and is on cardstock paper.