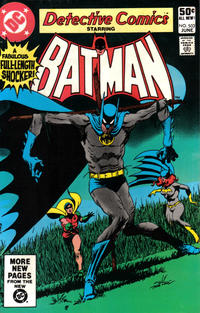 The 6 Days of the Scarecrow (Table of Contents: 1)

Councilman Reeves previously appeared in Detective Comics #463-464 as City Commissioner Reeves who had a very anti-Batman stance. In this issue, it is announced he is running for mayor against current mayor Hamilton Hill with a promise to get rid of Batman whom he blames for the rise of violence in the city.