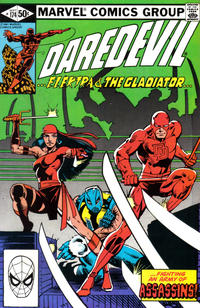 The Assassination of Matt Murdock (Table of Contents: 1)

Page #20 is re-worked a little and used as page #4 for the next issue with the same basic art and text.

The Human Torch in Hot-Tempered Triumph! (Table of Contents: 2) (Expand) /

A list of names of some of the people who entered the Mighty Marvel Win-Yourself-Some-Big-Bucks Contest.