On-sale date from Amazing Heroes #8.
This issue has variants:

The War to End All Wars! (Table of Contents) 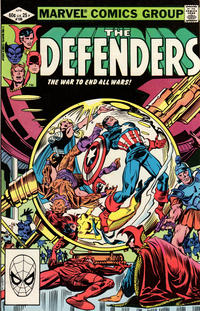 The War to End All Wars! (Table of Contents: 2)

U. S. Postal Service Statement of Ownership, Management and Circulation (Required by 39 U.S.C. 3685) (Table of Contents: 6)