...When a World Dies Screaming! (Table of Contents) 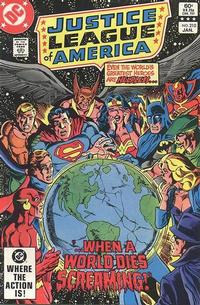 When a World Dies Screaming! (Table of Contents: 1)

Story is described as an "Untold Tale from the JLA Casebook," and was originally intended for All-New Collectors' Edition (DC, 1978 series). Continues in the next two issues.