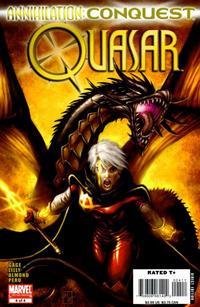 [Recap and Indicia] (Table of Contents: 1)

The story continues in Annihilation: Conquest (Marvel, 2008 series) #1. Title inferred from previous issues. No credits on issue (except on cover). Credits taken from collected edition.