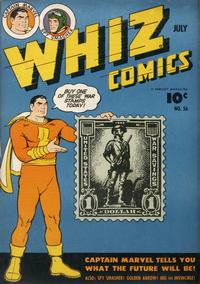 The Happy Hermit (Table of Contents: 3)

This story is Parkhurst's. The inking, layout, fuzzy hair, and a horse with bull terrier face in profile on the last page all point to him.

The Nazi Prisoners of War (Table of Contents: 4)

Whatever He Does He Just Does It -- That's All! (Table of Contents: 6)

Credits suggested by Jerry Bails' Who's Who.

A Gee Grows in Brooklyn (Table of Contents: 7)

First Line of Dialogue or Text
How'd you like to bet on a horse, Pete?
Genre
humor