Giant sized flip book; This issue was published simultaneously with Avengers #380.
This issue has variants: 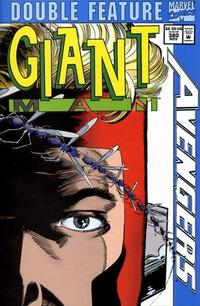 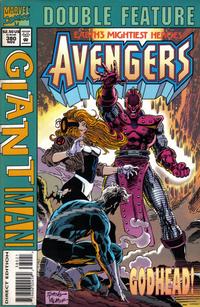 Errand of Mercy (Table of Contents: 1)

Flip book; This cover links up with the other issues of Marvel Double Feature to form one image.

Genre
superhero
Characters
Giant-Man [Hank Pym]; Bill Foster; Janet Van Dyne [Wasp]; Ant-Man [Scott Lang]; Captain Atlas (villain); Dr. Minerva (villain); Shi'ar (villain)
Synopsis
Giant-Man battles huge insects that feed off of energy. After the battle, he is abducted by the Air Force who are concerned because he is acting crazy. Meanwhile, back at Project B.I.G., Bill and Scott try to elude Atlas and Minerva. Janet's shrink is also desperately trying to contact Hank as his patient is unconscious and growing larger by the minute.
Reprints