Kalista -- Prisoner of the Citadel! (Table of Contents) 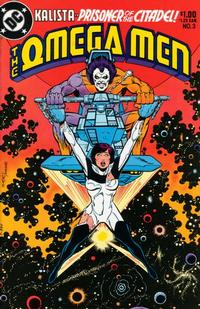 The Omega Man Humbeck is an homage to the artist Fred Hembeck and is drawn to look very similar to Fred Hembeck's self portraits.