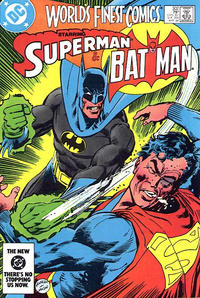 The Superman-Batman Split! (Table of Contents: 1)

Giordano is credited as inker. This story consists of two parts: Part I (9 pages) and Part II: A Tale of 3 Teams (9 pages). Character list and synopsis from Tomo Jacobson.

No Rest for Heroes! (Table of Contents: 3)