This was originally intended to be New Mutants Annual #2, but the story grew to 64 full pages, making it larger than typical annual size. The indicia still has "Annually" as a holdover.
This issue has variants: 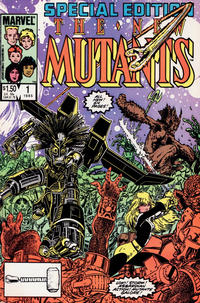 Home Is Where the Heart Is (Table of Contents: 1)