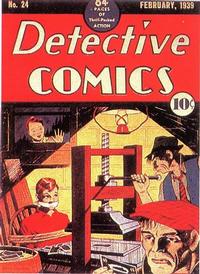 Genre
humor
Characters
Cleo; Clancy
Synopsis
Two uniformed beat officers sneak furtively around the neighborhood until they get to a wooden fence. Creeping behind it they gleefully play games of Tic Tac Toe.

Script previously credited as "Sven Elven ?", but the byline clearly states "Illustrated by Sven Elvin", with no hint of authorship.

[Subterfuge at Sea] (Table of Contents: 6)

[Dental Work Now Is Almost As Good an Evidence of Identity As Fingerprints!] (Table of Contents: 7)

Will Issue Own Stamps (Table of Contents: 8)

The strip originally appeared in newspapers in 1930 and 1931.

[Tony Sparta and the River Gang] (Table of Contents: 11)

Trail of Paper (Table of Contents: 13)