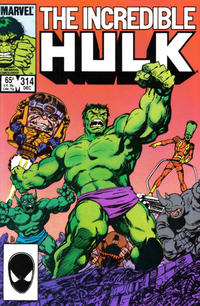 Call of the Desert (Table of Contents: 1)

First issue of John Byrne's run on the series. The story is divided into three chapters and an interlude: Chapter One: "The Call of the Desert"; Interlude: "Life Among the Fallen"; Chapter Two: "Yesterday's Sorrows..." and Chapter Three: "Yesterday's Heroes!".