On-sale date from DC Releases #20.
This issue has variants: 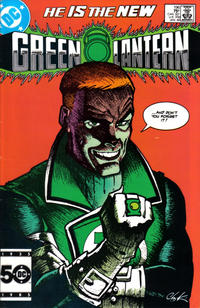 Story continues from issue #195. Not titled as Crisis cross-over, although it has parts of Crisis in it. References Crisis on Infinite Earths #7 and 9.

Break into the Big Time (Table of Contents: 3) (Expand) /

Elvira Mistress of the Dark T-shirt (Table of Contents: 5) (Expand) /

Glow in the Dark Posters (Table of Contents: 7) (Expand) /

Subscribe Now for a Fifty-Year Bonus! (Table of Contents: 11) (Expand) /