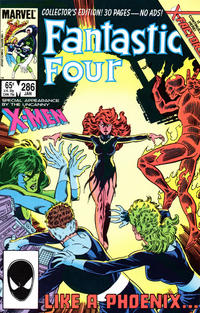 According to John Byrne, significant portions of this issue were redrawn by Guice and rewritten by Claremont at the direction of Jim Shooter. (Note added by Brian Peck via the GCD Error Tracker, August 2010.)
The original unaltered pages ran in the X-Men: Phoenix Rising Premiere hardcover.