On-sale date from DC Releases #22.
This issue has variants: 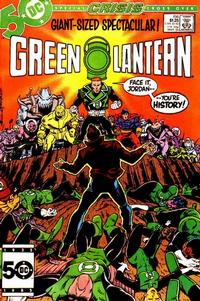 Part one of story.

Recaps origin of old multiverse from Crisis on Infinite Earths (DC, 1985 series) #7 in between action in issue itself. Part two of story.

In This Crazy World, We All Need a Friend Like...'Mazing Man (Table of Contents: 9) (Expand) /

Become a Published Author in 6 Easy Steps with the PlayWriter Series (Table of Contents: 10) (Expand) /

Endings and Beginnings (Table of Contents: 12)