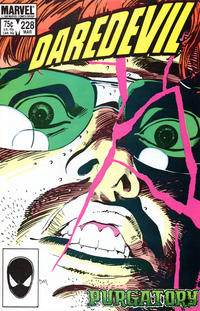 This is part 2 of the "Born Again" storyline.

David Mazzucchelli states in his interview in The Comics Journal #194 (March 1997) that his wife Richmond Lewis was the colorist for this issue. He said, "Richmond actually colored an issue of Daredevil that we did. The regular colorist was on vacation and I asked that it be given to me. It says that I colored it but that's only because I didn't want to go through the hassle of trying to convince people in one week that this woman who had never colored a comic book before was going to do a great job on it. So I said, 'Let me color it.' (47-48)