C'Mon, Mess With Us--Make Our Day!! (Table of Contents)

The Official Marvel Index to the X-Men (Ward 1994) attributed lettering to Dan Crespi (GCD listed a similar credit for a time), but Dan Crespi died about a year before this issue was printed. Any similarity to Crespi’s style may be the result of Marvel’s use of lettering transfers made from Crespi’s hand lettering, as described in The Official Marvel Index to the X-Men (Olshevsky 1987). 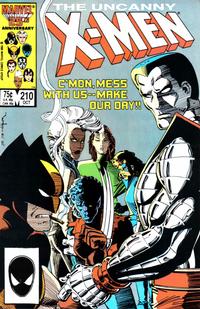 The Morning After (Table of Contents: 1)