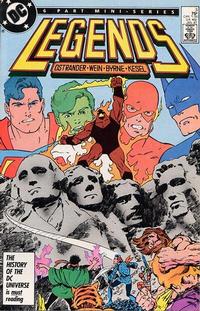 The new incarnation of the Suicide Squad goes into action this issue. Character information from Thom Jacobson via the Error List.

What Has Mark Wagner Done to the Demon? (Table of Contents: 4) (Expand) /

The Demon / promo (ad from the publisher) / 1 page (report information)