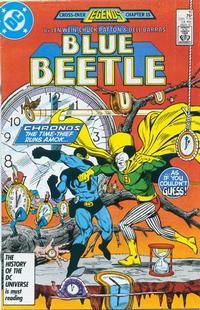 Time on His Hands! (Table of Contents: 1)

This is Chapter 15 of the Legends storyline that ran thru most DC books at the time.