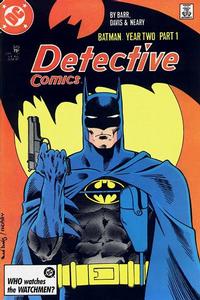 Job Number
G-3050
Genre
superhero
Characters
Batman [Bruce Wayne]; Commissioner James Gordon; Rachel Caspian; Reaper [Judson Caspian]; Leslie Thompkins; Alfred Pennyworth; Thomas Wayne (in portrait); Martha Wayne (in portrait)
Synopsis
A vigilante called the Reaper, who operated in Gotham City twenty years earlier, re-emerges just as Bruce Wayne begins a relationship with Rachel Caspian, though neither Bruce nor Rachel know that her father is the Reaper. After being badly beaten by the Reaper in their first encounter, Batman decides to use the very gun used to kill his parents to bring the Reaper down.
Reprints