Book One: The Hunters (Table of Contents) 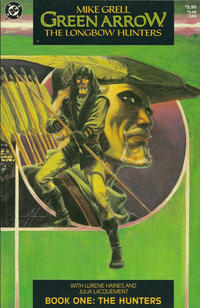 The Hunters (Table of Contents: 1)

Green Arrow is one of the few heroes who age in a realistic timeframe--he is 43 in this issue.

1st Modern Age origin of Green Arrow with a number of new details.