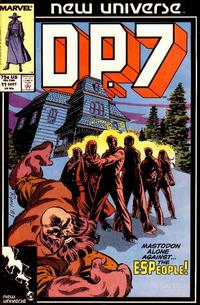 Letters from Michael J. Miller and Michael Pickens. Ralph Macchio announces he is leaving the book as editor to be replaced by Howard Mackie in the next issue.