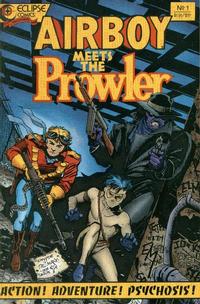 The Penumbra / promo (ad from the publisher) / 1 page (report information)

Do you Have the Complete Airboy Package? (Table of Contents: 4) (Expand) /

The Prowler / promo (ad from the publisher) / 1 page (report information)

Editing
View Change History
Issue at my.comics.org
Related Scans
Table of Contents
This issue was most recently modified by:
Issues in this series have been indexed by:
If you believe any of this data to be incorrect, please let us know.
Cover thumbnails are used for identification purposes only. All rights to cover images reserved by the respective copyright holders.