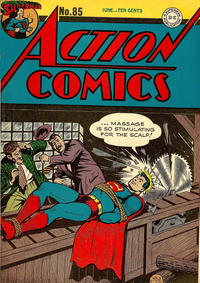 The Puzzle in Jade! (Table of Contents: 3)

The Hungry Hare! (Table of Contents: 7)

Art credits by Jerry Bails. Alvin Schwartz script credit removed by Craig Delich. The Who's Who states that Schwartz wrote this strip from 1946-48.

Secrets for Sale (Table of Contents: 8)

Secret of the Rug of Tezan! (Table of Contents: 9)

The Magician's Apprentice! (Table of Contents: 12)