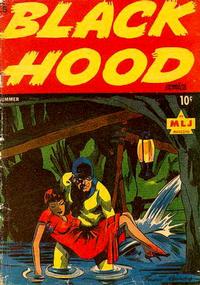 The Case of the Blood-Red Rubies (Table of Contents: 2)

The inking seems more like Shumaker, with the big, round black eyes, and much black in the panels.

The Case of the Beautiful Corpse (Table of Contents: 3)

The inking is not by Novick, seems more like Shumaker. At this period of time Novick is only credited on pencils on this feature, and Shumaker and Weisbecker as inkers, according to Jerry Bails' Who's Who. Weisbecker can often be spotted by his angular jaws and chin.

[A Millionaire's Life] (Table of Contents: 4)

Gerald Kean is credited on this feature by Jerry Bails' Who's Who, but no period of time stated, and Virginia Bloch for 1943.

A Nickel's Worth of Murder (Table of Contents: 5)

The Case of the Friendly Murder (Table of Contents: 6)