The JLI appear on the cover, but do not appear in the issue. 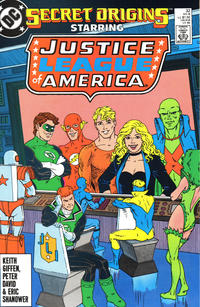 The Secret Origin of the Justice League of America (Table of Contents: 1)