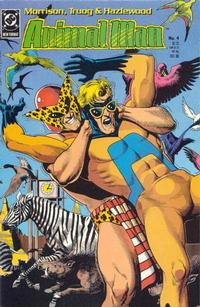 When We All Lived in the Forest (Table of Contents: 2)

As an in-joke, Animal Man looks up B'Wana Beast in Rovin's Fifth International Who's Who of the Superhuman Community, a reference to Jeff Rovin who has written several reference works including The Encyclopedia of Superheroes.