The Janus Directive, Part 2 of 11: First Blood! (Table of Contents) 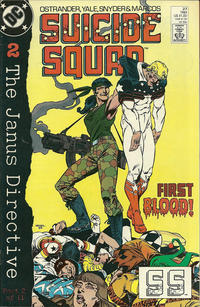