A Lonely Place of Dying, Part 5 of 5 (Table of Contents) 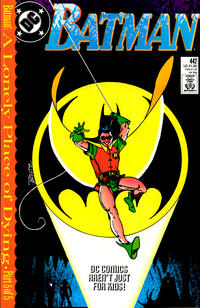