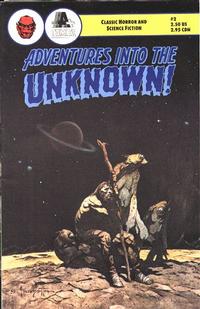 Has an undertaker host to introduce story. "Hosts" were popular in horror comics of the 1950s through 1970s, made most famous by EC. Apparently originally in suspense and horror radio shows.

Land Of The Living Dead (Table of Contents: 7)

Williamson apparently drew the layouts and figures, and Krenkel penciled and inked most of the non-figures.

Seekers of Evil (Table of Contents: 9)

The Ancient Idol (Table of Contents: 10)

Story has byline for writer, but not for artist.