From the Pages of Spider-Man --The Vulture Soars! And Rusty Collins Is His Prey! (Table of Contents) 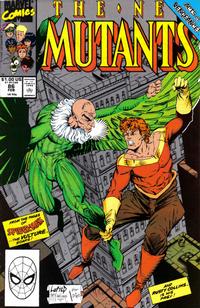 Part 1 of 4. Acts of Vengeance crossover; For a complete checklist of the Acts of Vengeance issues, please see the cover notes for the story Prologue in Avengers Spotlight #26. Mutant Liberation front members identified include Strobe, Wildside, and Zero; others appear only in shadow. Cameo appearance of Cable, but his first appearance is generally regarded as issue #87.