Editor credit from Steve Dasinger via the GCD Errors list, December 2009.
This issue has variants:

The Terminus Factor Part Two of Five - The Beginning of the End! (Table of Contents) 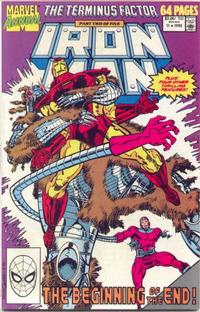 If the Termini Come... (Terminus Factor Part 2) (Table of Contents: 2)

The Awesome Origin of Mrs. Arbogast (Table of Contents: 5)

The Devil's Playground (Table of Contents: 6)

First Line of Dialogue or Text
Aaahhh!! No! No!
Genre
superhero
Reprints

Story in form of office letters.