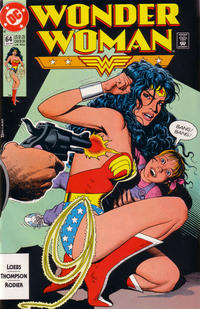 The Heart of the City (Table of Contents: 1)

Inspector Indelicato is cleared of charges stemming from his actions during the "War of the Gods" storyline.

According to this story, Donald Simpson is a major mob player, although he's out of commission by the time Wonder Woman starts taking on the Boston mob in Wonder Woman (DC, 1987 series) #73.

Final "Postscripts to Paradise" as the Letter Column title.

It is noted that Jill Thompson will be returning as penciller in Wonder Woman (DC, 1987 series) #71; this issue, however, turns out to be her last.