Information provided is based on the newsprint cover version except as noted.

Glossy cover version has 0.75 USD price and barcode on the cover (source: scan in GCD).
This issue has variants: 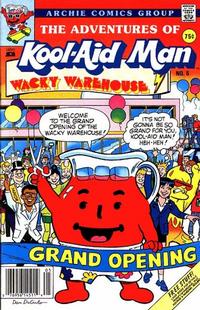 The Grand Opening That Almost Wasn't (Table of Contents: 2)

The story ends on the inside back cover.