The Black Arrow (Table of Contents) 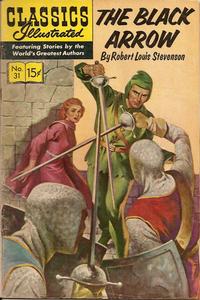 The Black Arrow (Table of Contents: 1)

An adaptation of the The Black Arrow novel, first published in 1888.

Joseph Priestley "The Father of Soda Water and Discoverer of Oxygen" (Table of Contents: 3)