Genre
horror-suspense
Characters
Dr. Jekyll; Mr. Hyde (as an apparition from the vapors in a vial) 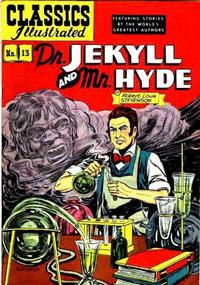 The work is known for its vivid portrayal of a split personality, split in the sense that within the same person there is both an apparently good and an evil personality each being quite distinct from the other. The novella's impact is such that it has become a part of the language, with the phrase "Jekyll and Hyde" coming to mean a person who is vastly different in moral character from one situation to the next