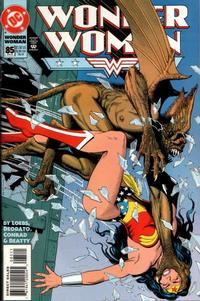 Cesare Sabatini, Ed Indelicato's partner, has not been seen since his introduction in Wonder Woman (DC, 1986 series) #64.