[Adventure in Opto] (Table of Contents) 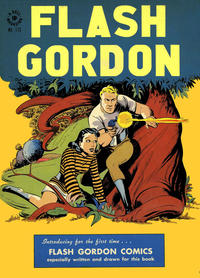 Adventure in Opto (Table of Contents: 1)

Genre
science fiction
Characters
Flash Gordon; Dale Arden; Chee; Keen; Vango; Regent Optik; Petito; Katonk; Dr. Zarkov
Synopsis
Flash and Dale's spaceship in shot down on Opto, a planet where people cannot see but are guided by radar in the headgear they wear. Flash, Dale, and a girl named Chee escape from being killed by the High Tribunal, and make their way to the winter region of Opto, where the rebel Vango is plotting a revolt against the dictator, the Regent Optik.
Reprints