Indicia title is "ROY ROGERS COMICS, No. 177." No code number. Copyright 1947 by Roy Rogers. Most information for this index from Robert Phillips. 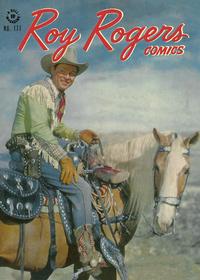 Roy Rogers and the Wolves of the Little Moab (Table of Contents: 2)

[Roy and Trigger] (Table of Contents: 4)