Title from the story. 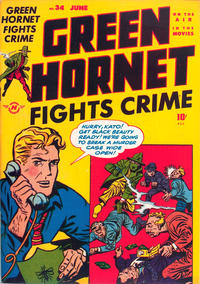 The Obituary Murders (Table of Contents: 1)

Portrait of a Murderer (Table of Contents: 5)

Out West (Table of Contents: 6)

First Line of Dialogue or Text
Good evening!! I am your story-teller, Mr. Twilight, the Man in Black!
Genre
horror-suspense
Characters
Martha Gilmore; Dr. Hideki (dies); Iso; USAAF Lieutenant Len Martin; Mr. Twilight [the Man in Black]
Synopsis
Female pilot Martha Gilmore crashes in Tibet, where the scientists twice allow her to die then bring her back to life. When they try the same trick with her fiance Len Martin, the Man in Black steps in, and when Len returns from the dead, he kills the scientist and flees with Martha.
Reprints

next app. in TERRY AND THE PIRATES COMICS #11.

After Amelia Earhart's disappearance in 1937, the first woman to fly around the world was Jerrie Mock in 1964. Neither's route went anywhere near Moscow.