Cameras in the Clouds (Table of Contents)

Used as the splash panel for the Superman story, but with the image reversed. 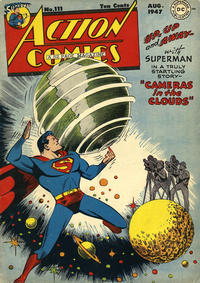 Cameras in the Clouds! (Table of Contents: 2)

The splash panel is identical to the cover, but with the image reversed.

The Quest for Life! (Table of Contents: 4)